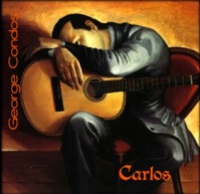 This piece is built on the standard 'latin' chords in Am. The piece opens with a 'mexican' feel triplet theme. The sound is 'glassy' and very emotive. The main guitar is accompanied with an ornamental melody on the second acoustic guitar. After the first pass the main acoustic guitar melody plays a secondary role to the interwoven electric guitar theme that builds to a climax on the last phrase. Most requested piece I play. 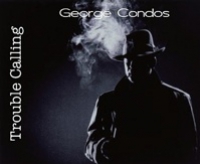 The music is based on an ostinato in Cm (it does not move from this chord for the entire piece!). The first part (of three) is based on a cheap paperback called "Trouble Calling" by Al Bocca, who is actually the character in the book - so the real author is unknown. In the first part, Al meets femme fatale Bobbie Dale. The scene is narrated by a very tired Al Bocca and uses some sound effects and subtle cinematic textures. The second part of the story, "This can only be trouble" is also available on the site.

My name is Al Bocca PI 'Frisco and I'm in trouble, babe trouble.

She came in the door sharp on noon and there was an air exuding from that dame thick enough to lean against. She was straining every nerve to convince me me she was heavens gift to frustrated young manhood. A dangerous glamour puss, big blue eyes staring at my two hungry cameras. A face with symmetry and features of a doll, a glistening head of well groomed dark rich lush curls, framing the oval perfection of her face. Her gown seemed to have been modelled for the express purpose of demonstrating what she would like outside it. A shape that held every promise and every warning.

Her name is Reberta Dale, Bobbi for short, and to put you in the picture of her more vital statistics; 25, 5' 5", 125 pounds and rounded to proportional perfection.

Her husband was Murray Dale, Business Conglomerate, agency to bit players and a little coffee and a little alcohol, but something is wrong,
MURRAY DALE IS DEAD! 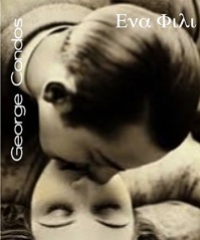 This piano piece was written around 18 years ago and was the first part of a trio of piano pieces. "Into Night" is the second and the third is "Romance of a Seafarers Wife". It is a very romantic piece with a 'Ravelesque' opening and an unusual arpeggio that compliments the melody. The ending is very soft and has an indeterminate feel that lends itself to the move between scenes in a movie.